The Surprisingly Small Difference Between Black Holes and Bird Beaks 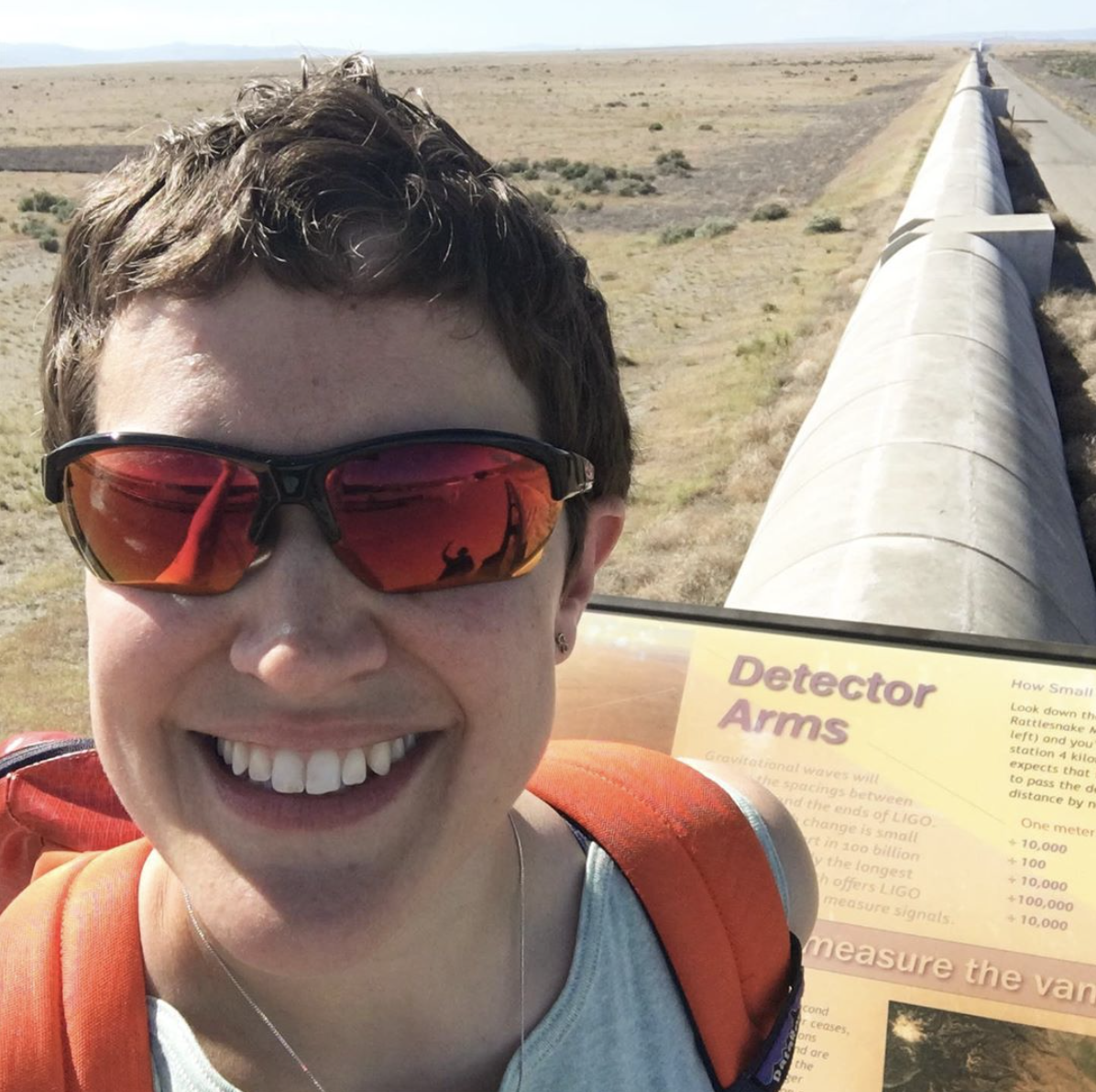 Visiting the world’s weirdest-looking observatory: one of two 2.5-mile long vacuum tubes of the LIGO detector in eastern Washington!

Earlier this week I drove from Seattle out to eastern Washington to visit the Laser Interferometer Gravitational-Wave Observatory (LIGO). LIGO is one of the most sensitive and spectacular scientific experiments on the planet.

They’ve built two detectors – one in eastern Washington State, the other in Louisiana – that work together to detect miniscule but mindblowing fluctuations in spacetime. I’ve been hearing about LIGO for decades and was just a bit excited to finally see it in person.

Even for the largest gravitational waves in the universe, this squeeze-and-stretch effect is tiny. Capturing these requires the stunningly sensitive observatories that LIGO has built in Washington and Louisiana. Each observatory consists of a detector with two 2.5-mile-long “arms” that consist of huge, perfectly straight, vacuum tubes. The arms are arranged at a right angle to each other and connected to a central building housing a powerful laser that gets beamed down each arm. Perfect mirrors hang at either end of each arm to reflect the laser back and forth; together, the whole system monitors the length of each arm with astonishing precision.

The vacuum tube along each arm is protected by a hefty concrete barrier, and for good reason: the detectors are regularly struck by lightning and the Washington detector was once hit by a car! Through all of that, the tubes have remained intact and retained their pristine vacuum. On the flip side, the barriers originally contained insulation that protected the vacuum tubes during construction, but mice immediately moved in and began using the insulation to build nests. The combination of mouse urine and humidity was enough to start burning small holes in the tubes and threatening the vacuum at the Louisiana site (the insulation has since been removed!)

Once the detectors are shielded from lightning, cars, and mouse pee, they’re capable of some incredibly precise science.  A gravitational wave passing through the planet will momentarily change the length of the two arms, slightly moving the mirrors and producing a signal. The emphasis here is on “slightly” – LIGO can detect a change in the length of a 2.5-mile arm that’s 1,000,000,000,000,000,000,000 times smaller than the arm itself (no, I didn’t fall asleep on my keyboard, that’s the actual number). This is enough to detect waves from some of the most violent gravitational disruptions in our universe: collisions between black holes and neutron stars.
The problem is that an instrument this sensitive can also detect everything else. LIGO may be able to pick up fluctuations in spacetime from colliding black holes hundreds of millions of lightyears away, but it’s also bombarded by the vibrations of trucks driving past, wind rocking the building, and even footsteps from people walking in the room that houses the central laser and vacuum equipment. 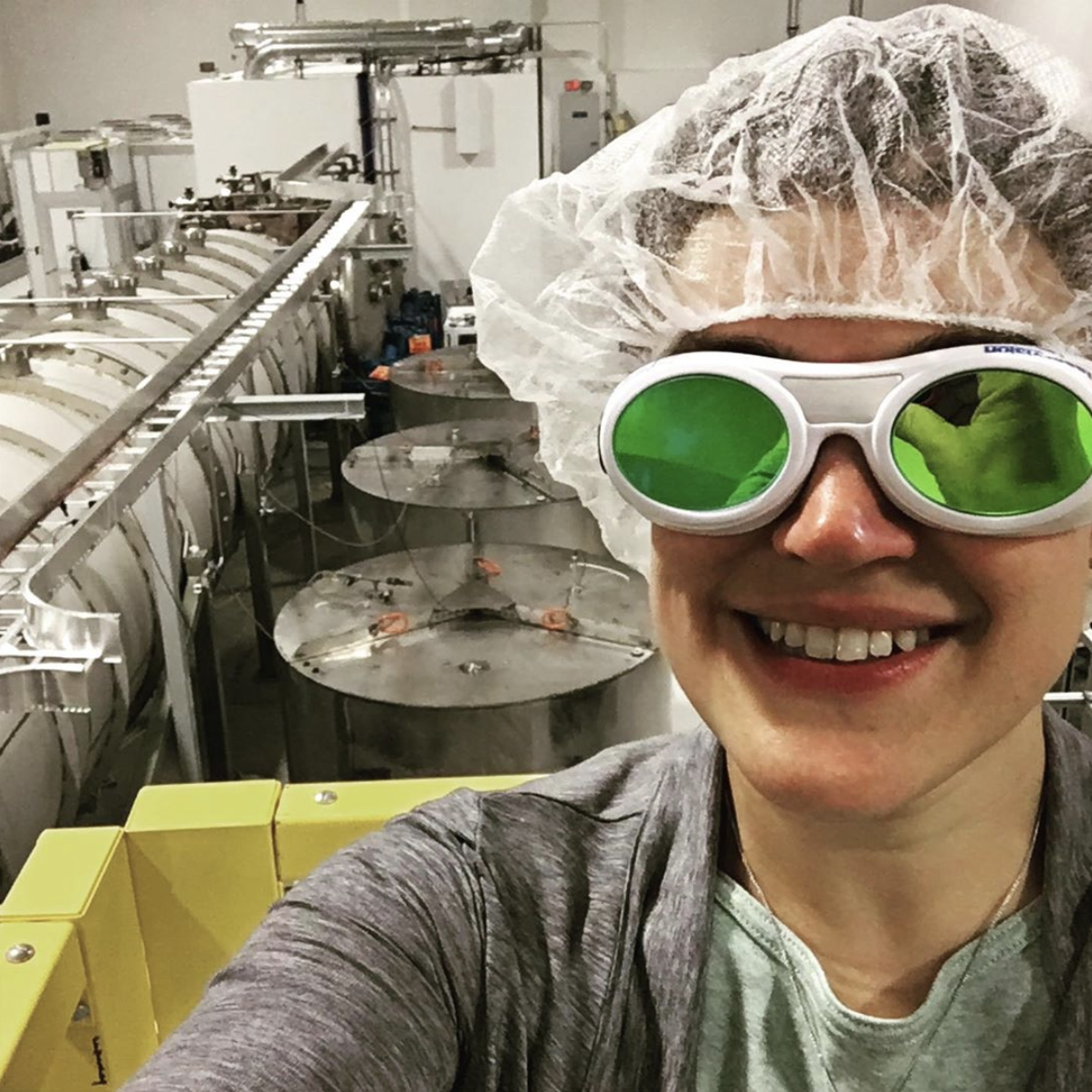 Me in LIGO’s laser room with protective goggles. Fun fact: I thought this room was blue until I looked at my photos.

I was able to visit that room during my visit (properly decked out to keep the room clean and protect my eyes from any giant laser mishaps) but only because LIGO was shut down that morning for maintenance.
Still, some amount of noise is unavoidable. Each LIGO detector is run from a central control room, with operators that carefully tweak the detector to keep it at peak performance while keeping an eye on how “noisy” things are. Most day-to-day noise serves as a kind of background hum for LIGO, but big events can still cause problems. I visited the site less than a day after an earthquake hit Papua New Guinea – from half a world away this was still enough to rock both the Washington and Louisiana detectors for hours, temporarily knocking out their capability to detect much of anything.

All of this becomes especially crucial in the aftermath of an actual gravitational wave detection. A signal that looks like a bonafide spacetime ripple kicks off excitement in the control room along with an immediate review of anything in the area that could be generating suspicious noise (past culprits have included the beating of helicopter blades overhead, the pulsing thrum of a propane engine parked too close to the detector, and even the tap-tap-tap of curious ravens pecking at ice on the detector’s cooling system). Once the operators have verified the signal, LIGO is able to say for sure whether the new discovery is likely to be a false alarm or a real gravitational wave.

When the first gravitational wave signal was discovered in September of 2015 it was a closely-guarded secret, kept under wraps for months while the 1,013 members of the LIGO collaboration painstakingly verified the result and prepared to announce their groundbreaking discovery to the world. Today, new signals are announced immediately – LIGO even posts likely discoveries on Twitter as they come in. The current LIGO system has had three “observing runs” (3.5 months, 9 months, and a year where the detectors are up and running), and in between each run they upgrade their sensitivity. The progress has been tremendous: the current run began only six weeks ago and LIGO has already detected seven new potential gravitational wave signals.

This was my last research trip for The Last Stargazers! I’m down to the writing now, and deep into the happy task of deciding which of the stories from my 100+ interviews should be told (“hmmm, should I dig into the ‘slammed an entire observatory into a parked car’ story? how many volcano stories is TOO many volcano stories?”) It’s a wonderful problem to have, and I’m so glad that I get to share these stories both in the book and in these updates over the next few months, so stay tuned!