“I have loved the stars too fondly to be fearful of the night.” – Sarah Williams 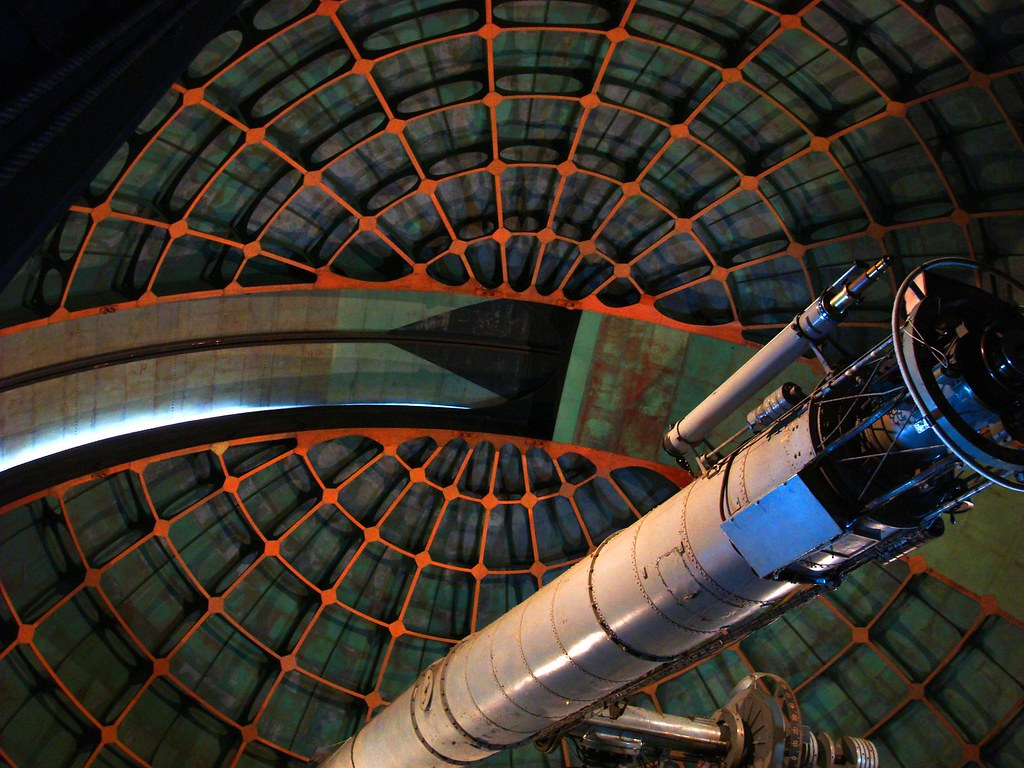 Welcome back to The Last Stargazers newsletter! Email updates have been on hiatus for the past couple of months while I wrapped up work on the manuscript. The great news is that the manuscript is now finished, and I’m back with some exciting news the share:

The Last Stargazers will be published on August 4th, 2020!

I’ll have even more news to share in the next few newsletters; as subscribers you’ll be the first to see the cover art and get access to the Amazon link where you can pre-order the book! For now it’s good to be back and incredible to have the writing and editing stage behind me. The newsletters will also be back to their usual biweekly schedule, sharing astronomy stories and future book news!

One question I sometimes get from people – especially kids – is whether observatories are ever scary. It’s a reasonable question; when working at telescopes we’re working in the dark, far from most other humans, surrounded by creaky buildings and mountain creatures. Like most people I was afraid of the dark as a kid, and the prospect of working in a big empty shadowy observatory with all sorts of weird sounds and dark corners certainly sounded unsettling.

It’s true that observatories are out in the middle of nowhere. Many of them also use red lighting at night rather than traditional lightbulbs, an effort to avoid flooding astronomers’ eyes with blue light and ruining their night vision. A lone outpost on a remote mountain bathed in red light could certainly make an excellent setting for a ghost story.

Not everyone realizes just how many creepy-crawlies also share observatory real estate with us. Tarantulas the size of your hand, looking like Halloween decorations come to life, are frequent guests at observatories in Chile. Another storied Chilean critter is the vinchuca, or “kissing bug”, famous because its bite can transmit Chagas disease and it’s supposedly the insect that killed Charles Darwin. The Hawaiian islands play host to the red-headed centipede, a unholy horror of a creature that can reach nearly eight inches in length and sports a red armored body, far too many long shudder-inducing yellow legs, and an intensely painful bite; the sight of one scurrying across the floor has sent entire control rooms full of astronomers leaping onto their chairs. However, in reality kissing bugs and centipedes are rare and the Chilean tarantulas are actually very delicate and shy creatures that have come to form a steady (if uneasy) truce with observatory visitors and staff over the years. 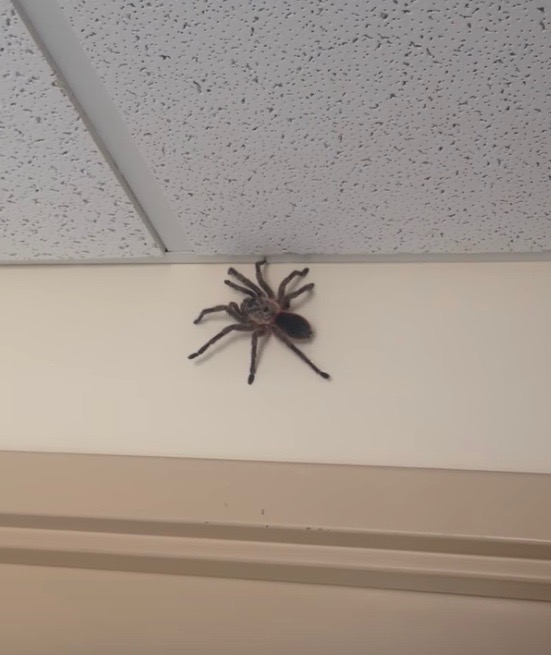 Not as creepy as they look 🕷️ (Credit: Jared Males)

Once they get used to the many-legged roommates, most astronomers are delighted to spend many long dark nights at observatories without ever feeling too creeped out. Still, there are occasional exceptions.

Lick Observatory, on the summit of Mount Hamilton just east of San Jose, CA, is a lovely old observatory that was built in the 1880s and still carries out cutting-edge astronomy research today. While its main benefactor, James Lick, didn’t have any training as an astronomer, he invested hundreds of thousands of dollars in the observatory. Lick died before the observatory was completed, but his presence on the mountain remains, quite literally: his body is interred at the base of the observatory’s 36-inch telescope. His burial site, just under the observatory floor, is marked by a bronze plaque and a constant supply of fresh flowers.

I didn’t get very many spooky stories when I interview my fellow astronomers for The Last Stargazers, but  when I did almost every single one took place at Lick. The largest telescope on the mountain features a giant dark dungeon-esque basement with chains dangling from the ceiling that observers must pass through to get to the the dorms (more than one pair of jumpy observers have scared themselves silly bumping into one another deep beneath the telescope). A freight elevator on the mountain frequently seems to call itself, moving randomly between floors and opening and closing its doors at odd hours of the night. Another astronomer told me about working near the 36-inch telescope and suddenly hearing an otherworldly howling sound echoing through the building. When she shakily went to investigate she found a yowling cat stuck under the floor…and curled up directly in front of the plaque atop Lick’s burial site. 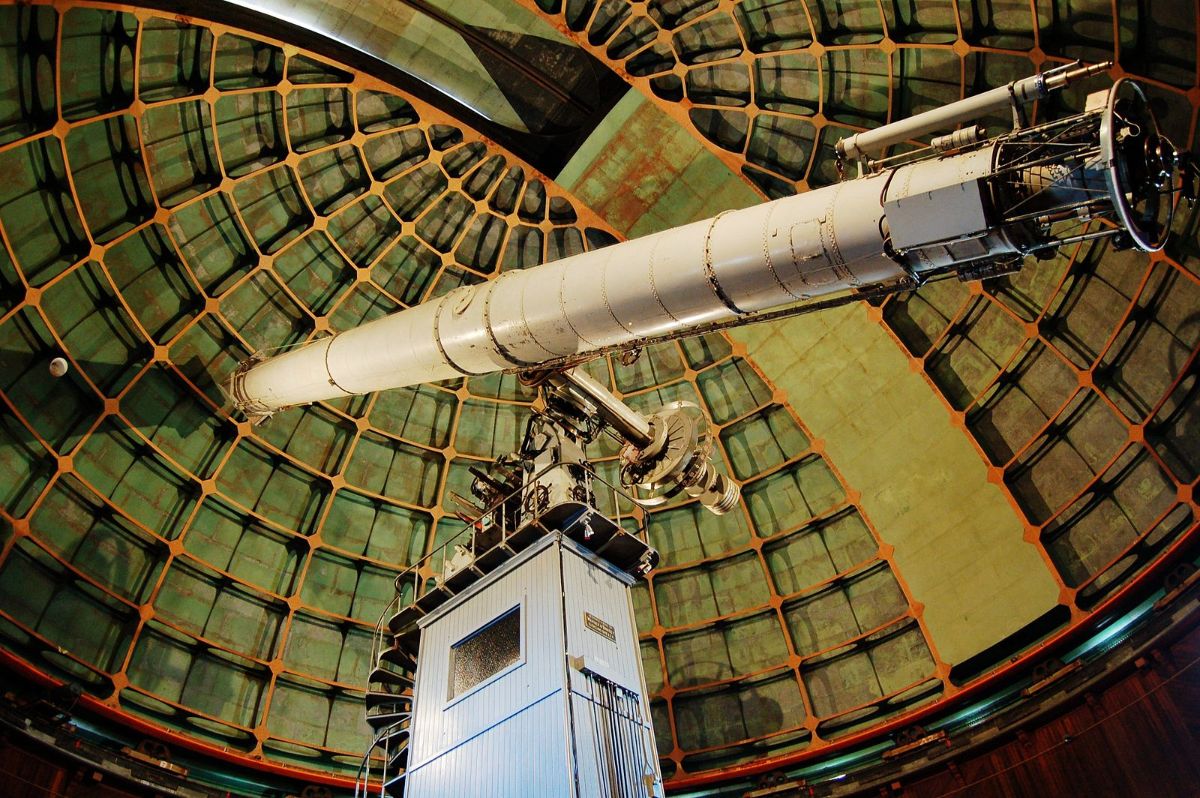 The “Great Refractor” telescope at Lick Observatory. Apparently much creepier than it looks 👻 (Credit: myyorgda)

While some observatories may feature the occasional large spider, moody elevator, or millionaire buried in the floor, telescopes are usually wonderful places to go to soak up the joys of a dark night. Cool crisp fall evenings are perfect nights for astronomy, with clear still air and great winter stars and constellations rising into view. Still, it’s always a bit fun to peer into the sky on a night like tonight and try to dream up a scary story or two set on a remote mountaintop in the cavernous telescopes that help us delve further and further into the mysteries of space.

In just a couple weeks I’ll be speaking at GeekGirlCon 2019, happening here in Seattle, WA on Nov 16-17! Join me on Saturday Nov 16th at 2:30pm for “Stargazing Cylons and Cosmic Quidditch: The Real Astronomy of Made-Up Worlds“, where I’ll talk about the science and storytelling power of astronomy across sci-fi and fantasy fandoms, highlight connections between these worlds and the adventures of modern astronomy research, and share some of the real-life stories I tell in The Last Stargazers!

I’ve got several other exciting events for The Last Stargazers coming up over the next few months; keep an eye on the newsletter for announcements and some special offers for prospective attendees over the next couple of months!