“We fund astronomy for the same reason we fund a symphony, or a poet, or an artist: because it distinguishes us as human.” – Bart Bok, astronomer 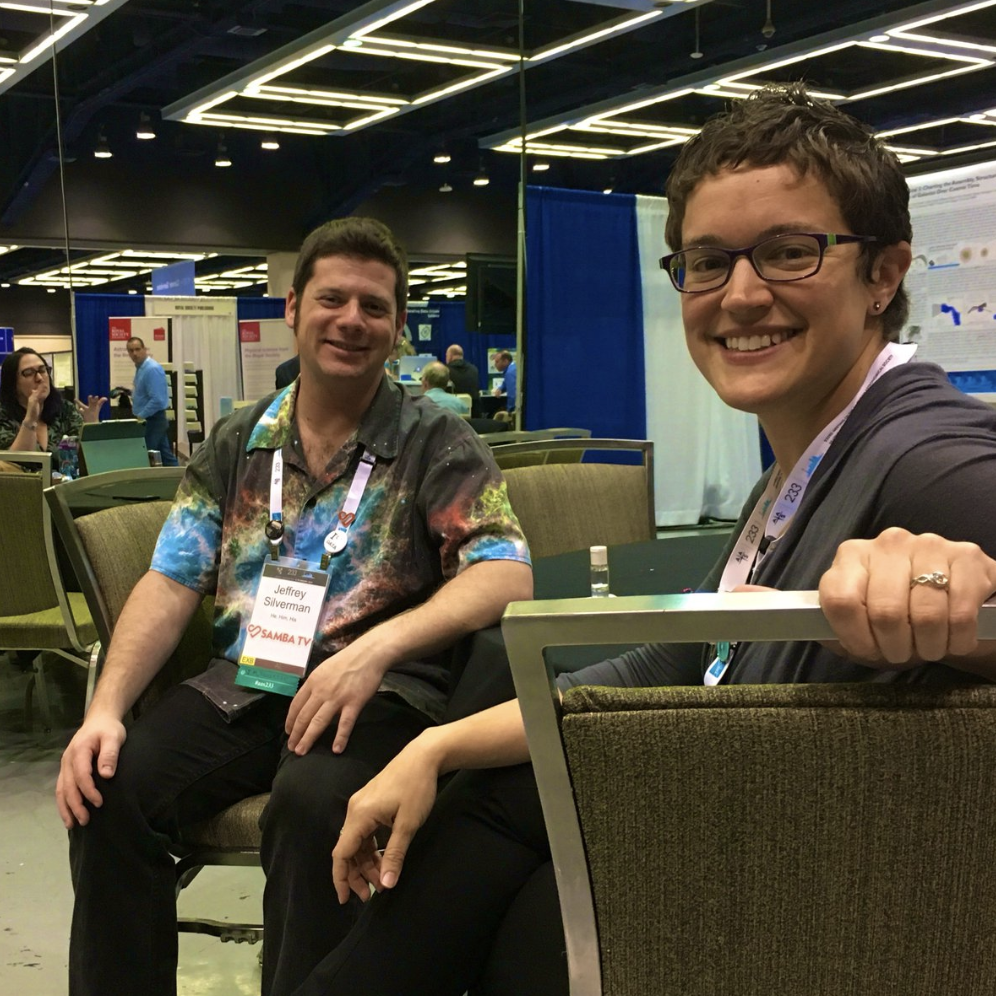 My ONE HUNDREDTH INTERVIEW for The Last Stargazers! 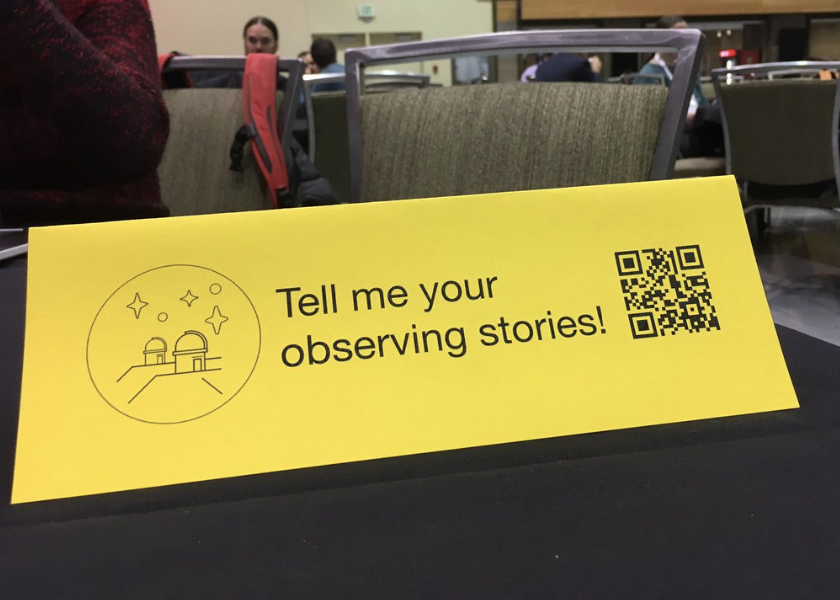 The American Astronomical Society conference was last week and it was an absolute whirlwind! I set up a table and had a constant stream of astronomers stopping by to share their observing stories. Jeff Silverman, a data scientist and supernova researcher, is pictured above and was officially the 100th person I interviewed for my book!

It was wonderful to hear about people’s adventures and misadventures at telescopes. Highlights included three different stories of lightning strikes (buildings, not people…this time…), finding out what “squirrel permits” are, and lamenting that space telescopes are harder to fix because you can’t, quote, “hit ’em with a wrench.”

The richness and variety of observing stories that I’ve heard from my fellow astronomers has been astonishing. People’s stories range from the absurd (mistaking lit matches from pipe-smoking colleagues for erupting stars) to the tragic (facilities destroyed by wildfires) to the heroic (persisting through earthquakes, volcanic eruptions, and even broken coffeemakers to capture groundbreaking new pictures of the cosmos). Within the astronomy community, telling and retelling these tales is a rich source of bonding and entertainment. That love of story-telling and the human side of exploring the universe is what I want to capture and share with all of you in The Last Stargazers.

Of course, doing this means more than just assembling a giant anecdote collection! There are common threads that can be followed through these stories to weave a narrative of what astronomy is like and how it continues to evolve. It’s also impossible to talk about observing without talking about the science itself, exploring the fundamental questions that drive so many of us to happily spend long sleepless nights in cold telescope domes atop mountains in the middle of nowhere. Tying all of these elements together is one of my favorite parts of crafting this book.