At the Edge of the World

“All those stars out there have a story to tell us…what story are we figuring out tonight?”
– Suzanne Hawley, astronomer 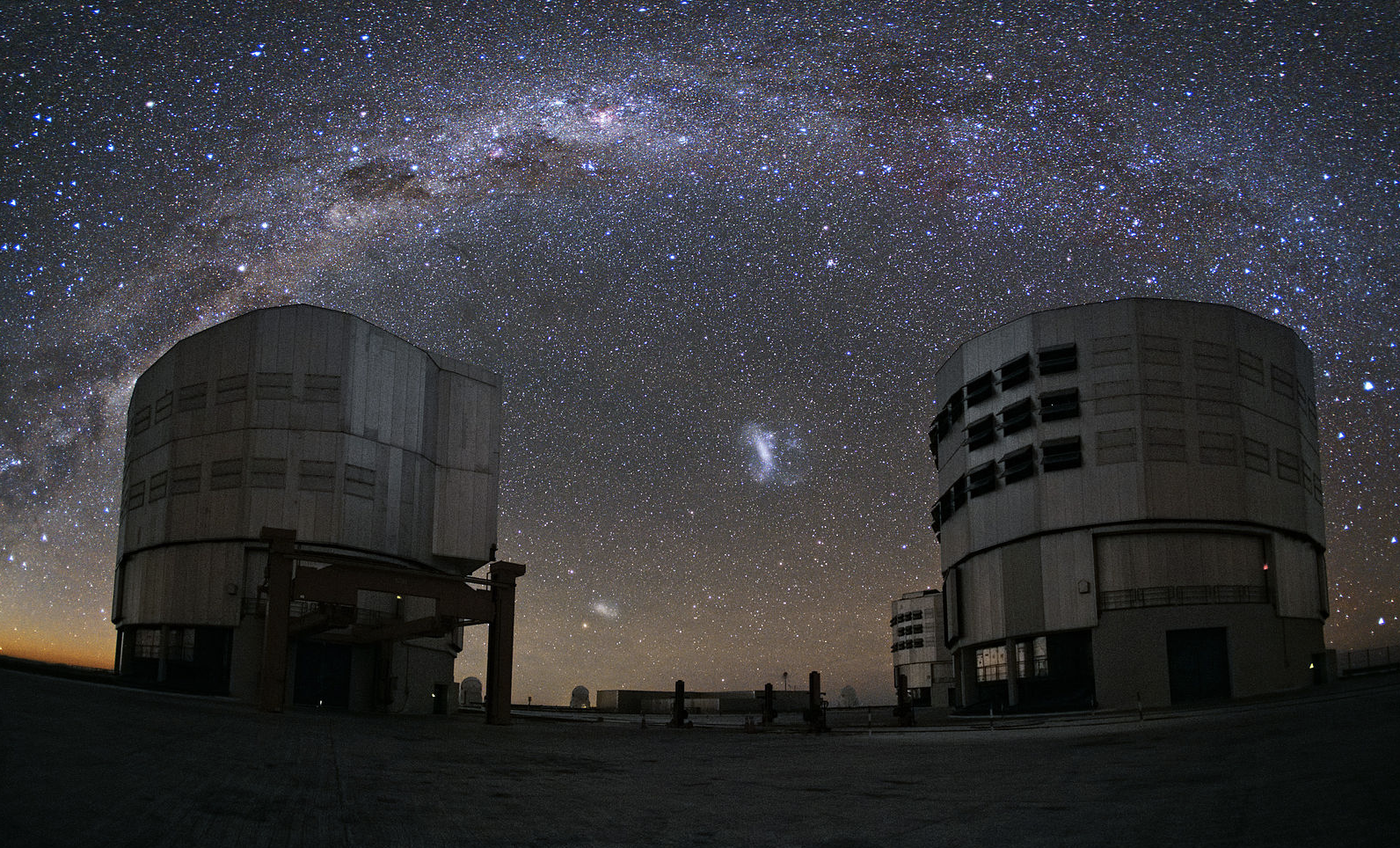 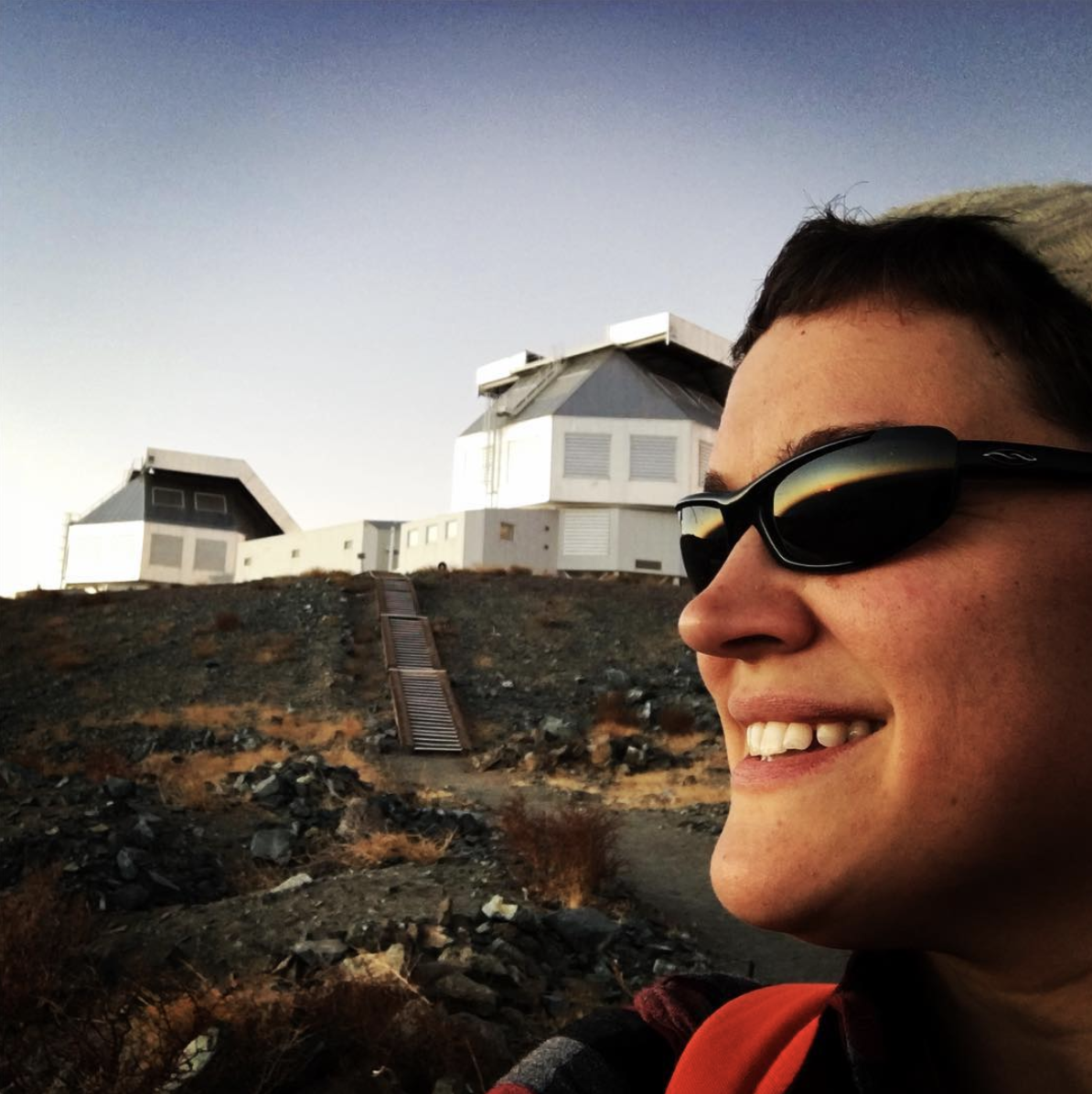 Hello from Chile! I’m writing this while wrapping up a short trip down here to do research for The Last Stargazers. I spent three days at Las Campanas Observatory in the Atacama desert and took a day trip up to the summit of Cerro Pachon to visit the construction site for the new Large Synoptic Survey Telescope.
As someone who lives in green and rainy Seattle it’s always a treat to come to Chile. The Atacama desert is the driest place in the world and vastly, starkly beautiful. Every time I come here it’s wonderful to get up to the observatory, take in the 360-degree views of the mountains, and watch the sun go down over the Pacific with the viscachas (these are furry little rabbit-esque relatives of chinchillas who frequent many Chilean telescopes, and they seem to like watching sunsets almost as much as astronomers).

Chile is one of the best places in the world for astronomy. Dozens of world-class telescopes are scattered across the western edge of the Andean foothills. The air flowing in from the Pacific gives us some of the calmest atmospheric conditions in the world, making it a spectacular site for taking detailed observations of deep space. The remote location also keeps the telescopes far from light pollution.

High altitude is also a key ingredient for astronomy, helping us get a little higher above Earth’s pesky atmosphere. Las Campanas is at 7,500 feet and the Large Synoptic Survey Telescope will be at nearly 9,000 feet. Both of these pale in comparison to the Atacama Large Millimeter Array (ALMA), a radio observatory at 16,400 feet. At this altitude ALMA is able to detect the birthplaces of new planets and photograph galaxies on the other side of the universe… but they must also supply visitors to the site with oxygen tanks, pump oxygen into the support building on-site, and closely monitor workers with an observatory medical team.

Finally, being in the southern hemisphere gives us access to the southern sky. Because of the tilt of the Earth’s axis, our view of the Milky Way from the southern hemisphere points us toward the galaxy’s center, giving us an especially bright and dramatic view of our cosmic home. We can also see two little satellite galaxies of the Milky Way: they contain billions of stars, but at more than 160,000 light years away they appear in the night sky as pale scraps of cloud.

Chile’s observatories host some of the largest and most technologically sophisticated telescopes on the planet. At the same time, one of my favorite things about visiting these mountains is the old-fashioned stargazing. When the sky is clear, looking up in the middle of the night can stop you in your tracks – the long arc of the Milky Way is unmistakable, and every inch of the sky looks bottomless, with depths of stars that seem to go on forever.

On one of my nights at Las Campanas, a group of us – all professional astronomers who have spent many a night using world-class telescopes – put an eyepiece on the little 1-meter Swope telescope and had a blast pointing at nebulae, stellar clusters, and dust-enshrouded dying stars. These days, we mainly work with electronic data, but we fell in love with astronomy through the sky so getting to see these things with our own eyes at one of the best observing sites in the world blew our minds. Even for professional astronomers, stargazing never gets old.

I’m heading from a dry desert fall in Chile to a riot of cherry blossoms and the start of spring back in Seattle! I’ll also be submitting a big proposal to request observing time on the Hubble Space Telescope (now that’s a way to avoid Earth’s atmosphere…) Happily, after these next few days April is shaping up to be a fairly quiet month of writing for The Last Stargazers!