The Beauty of Squiggly Lines 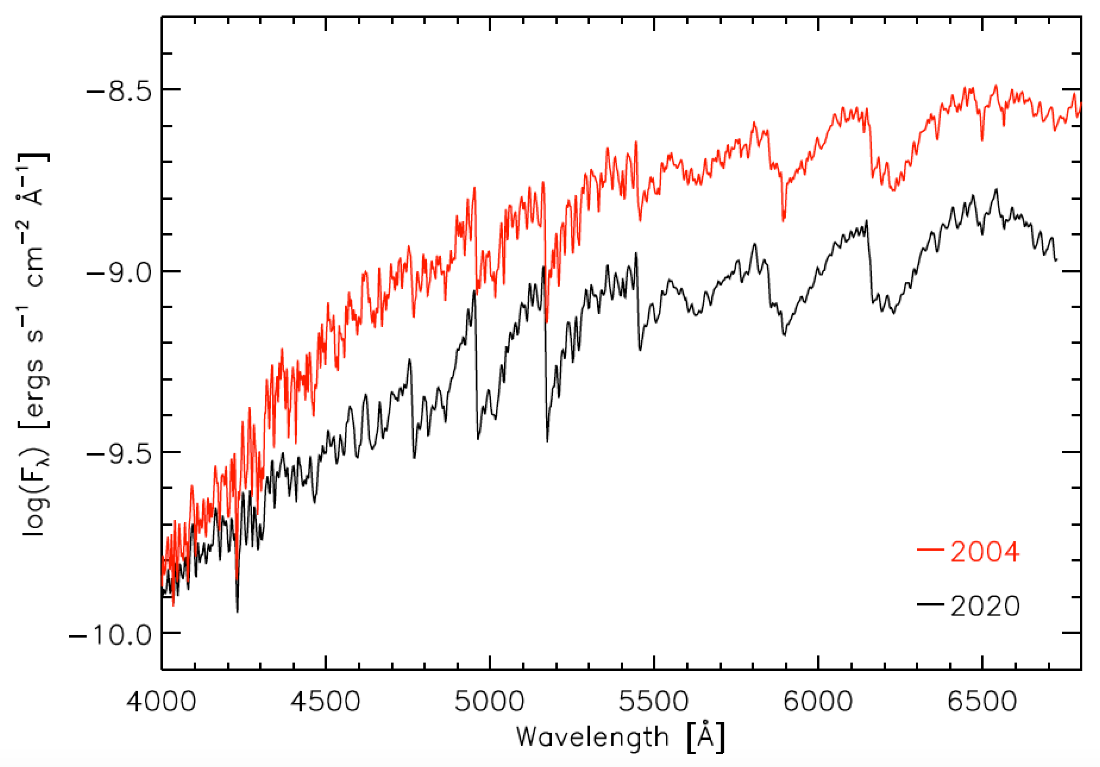 Now that is some picturesque science…

This week was an exciting one for The Last Stargazers! I got my first advance reader copies (which get sent out to librarians, booksellers, and reviewers), the first time I’d seen my own book IN PRINT (I was pretty excited). I also attended the Public Library Association’s 2020 conference in Nashville to do a few book signings and speak on some podcasts and author panels about the book. Tune into the Professional Book Nerds podcast and Circulating Ideas podcast in the upcoming weeks to hear more about The Last Stargazers (and other awesome books coming to libraries near you!) 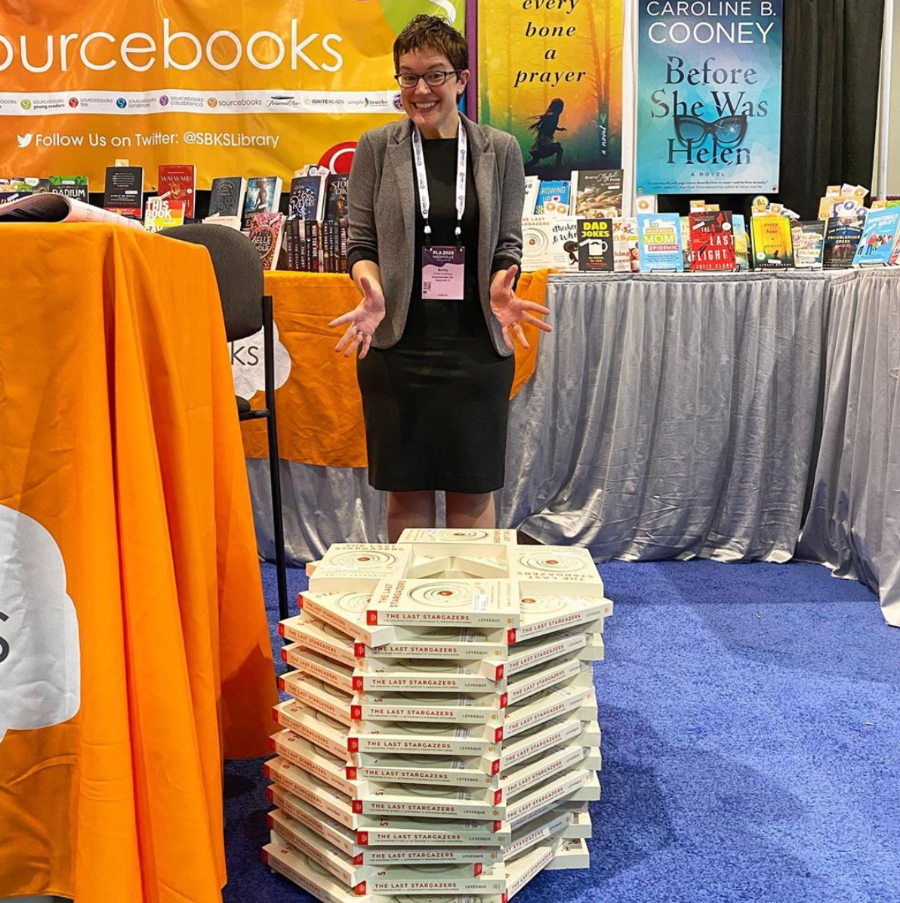 One fun part of my job is speaking with reporters about my research. I love doing this – it’s great to have any opportunity to share new and exciting science with a wider audience – but I inevitably disappoint them when they start asking me for visuals to include in an article or TV clip. I’ll get asked some variant of “Do you have any cool pictures of your research?” I know they’re hoping for something like this: 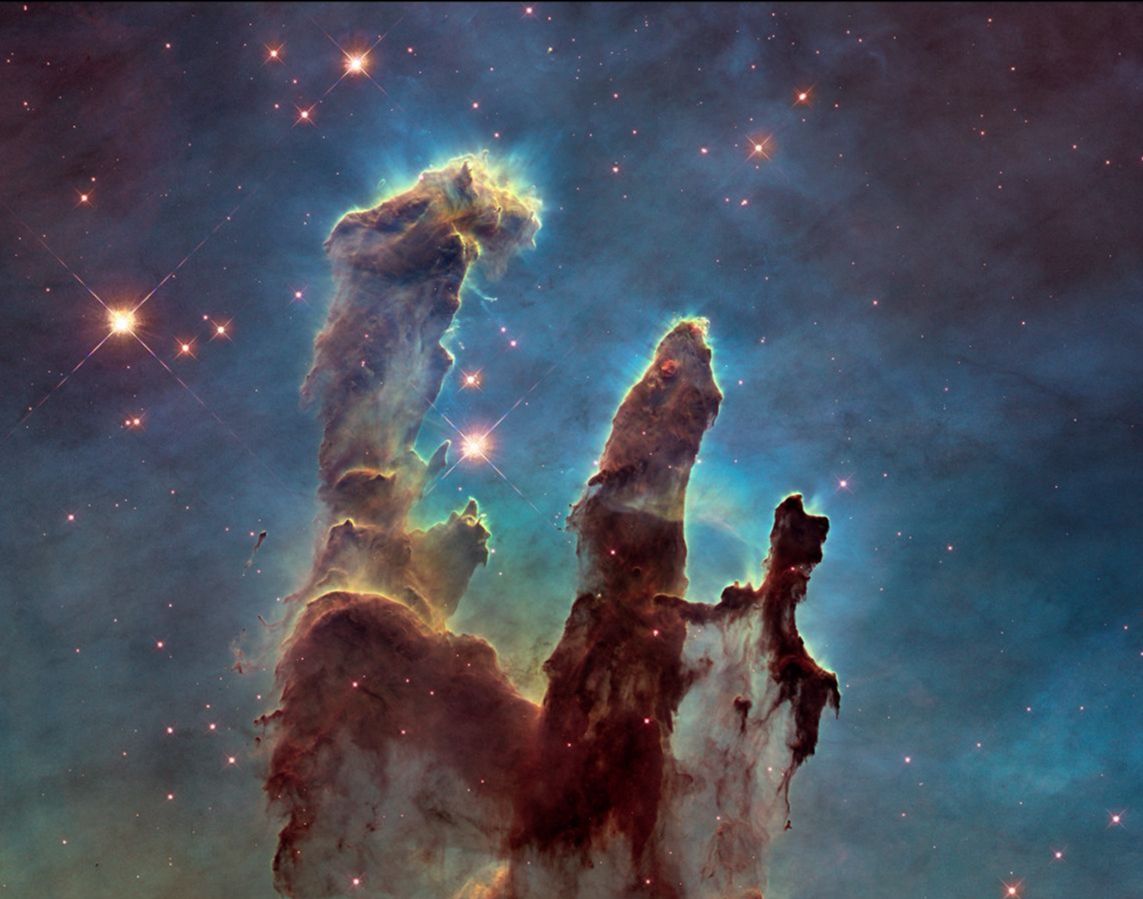 and are a bit let down when they find out that most of my research actually looks like this: 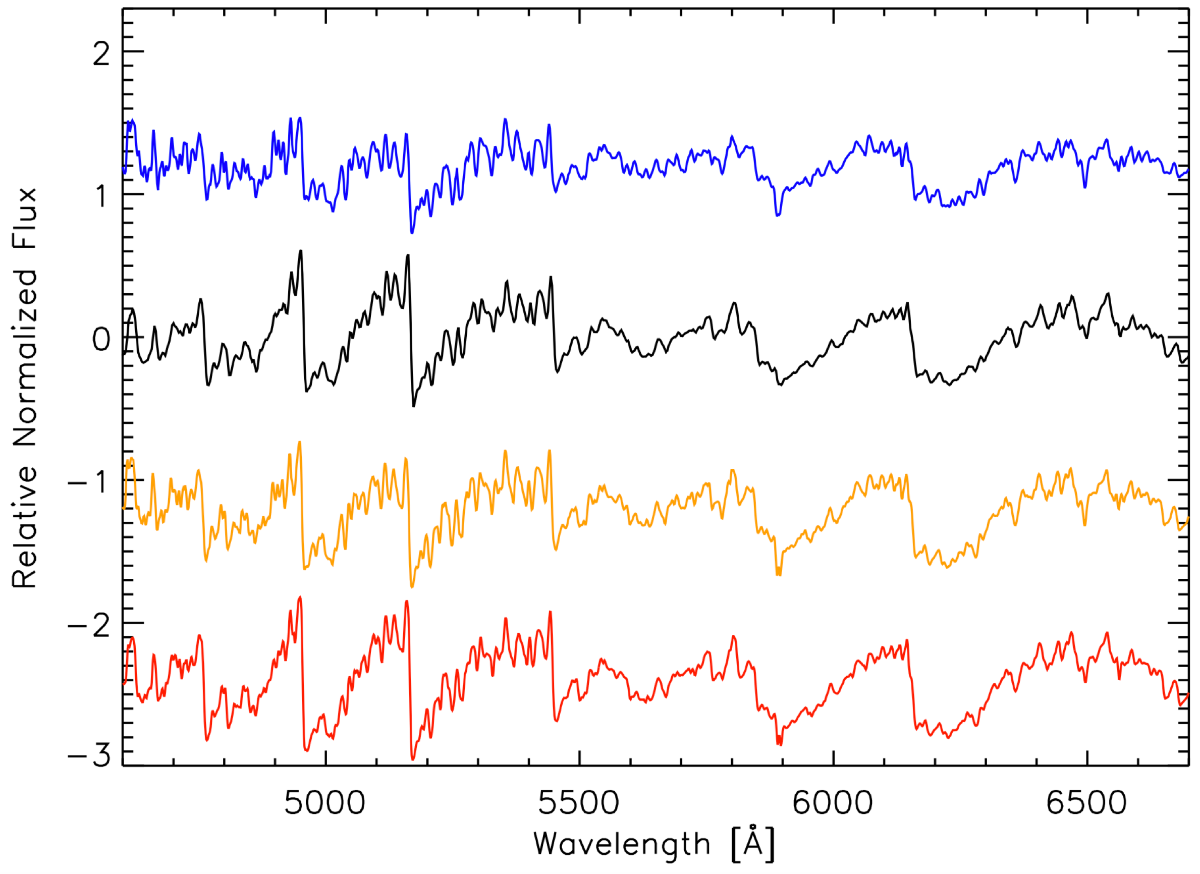 (please note that this is my research at its PRETTIEST)

The two most common types of data in astronomy are imaging and spectroscopy. Imaging is exactly what it sounds like: pictures of things that we’re studying in the night sky. Imaging observations can be surprisingly difficult, but the results give us the beautiful pictures that we’re all used to seeing on everything from Discovery Channel shows to desktop backgrounds (and even when they’re less “gorgeous colorful nebula” and more “fuzzy orange donut” they can be pretty exciting). From these images you can extract a huge amount of science: where exactly things are in the night sky, how they move, and how much light they’re emitting. When most people imagine astronomers at work, they imagine us working with pictures like these.

Spectroscopy is incredibly scientifically powerful but WAY less photogenic. In spectroscopy, we use telescopes and specialized cameras to capture the light from an object in the night sky and sort it according to color, or wavelength, with the bluest short-wavelength light on the left and the reddest long-wavelength light on the right. Measuring how much light we capture at each wavelength gives us that object’s spectrum. This in turn gives us a unique fingerprint of what we’re looking at since light absorbed or emitted by specific atoms and molecules has a very precise known wavelength. The result is a squiggly line that looks thoroughly unexciting at first glance, but in reality holds an immense amount of information about the chemistry and inner workings of a star or galaxy:

The squiggles shown above come from Betelgeuse, the mysteriously dimming red supergiant that I mentioned in my last update. Two weeks ago my colleague Phil Massey and I captured a brand-new spectrum of Betelgeuse: we wanted to compare this new spectrum to an old spectrum of the same star from 2004, when Betelgeuse was its normal incredibly-bright self. With these data we could measure the surface temperature of Betelgeuse now and compare it to what it had been in 2004. One popular idea to explain its recent dimming was that some cooler gas had recently boiled up to the star’s surface, since we know that if a star cools off it’ll emit less light. Measuring its current temperature would let us test that theory.

A colder surface would also mean that more titanium oxide (TiO) molecules could form in the star’s atmosphere, and these molecules absorb lots of light. You can see the telltale signs of this in our spectrum. It looks like a curve with some wide jagged bites taken out of it, and those bites come from the light being absorbed by TiO molecules. In fact, by measuring exactly how much light TiO molecules are absorbing we can measure the temperature of a star like Betelgeuse pretty precisely! 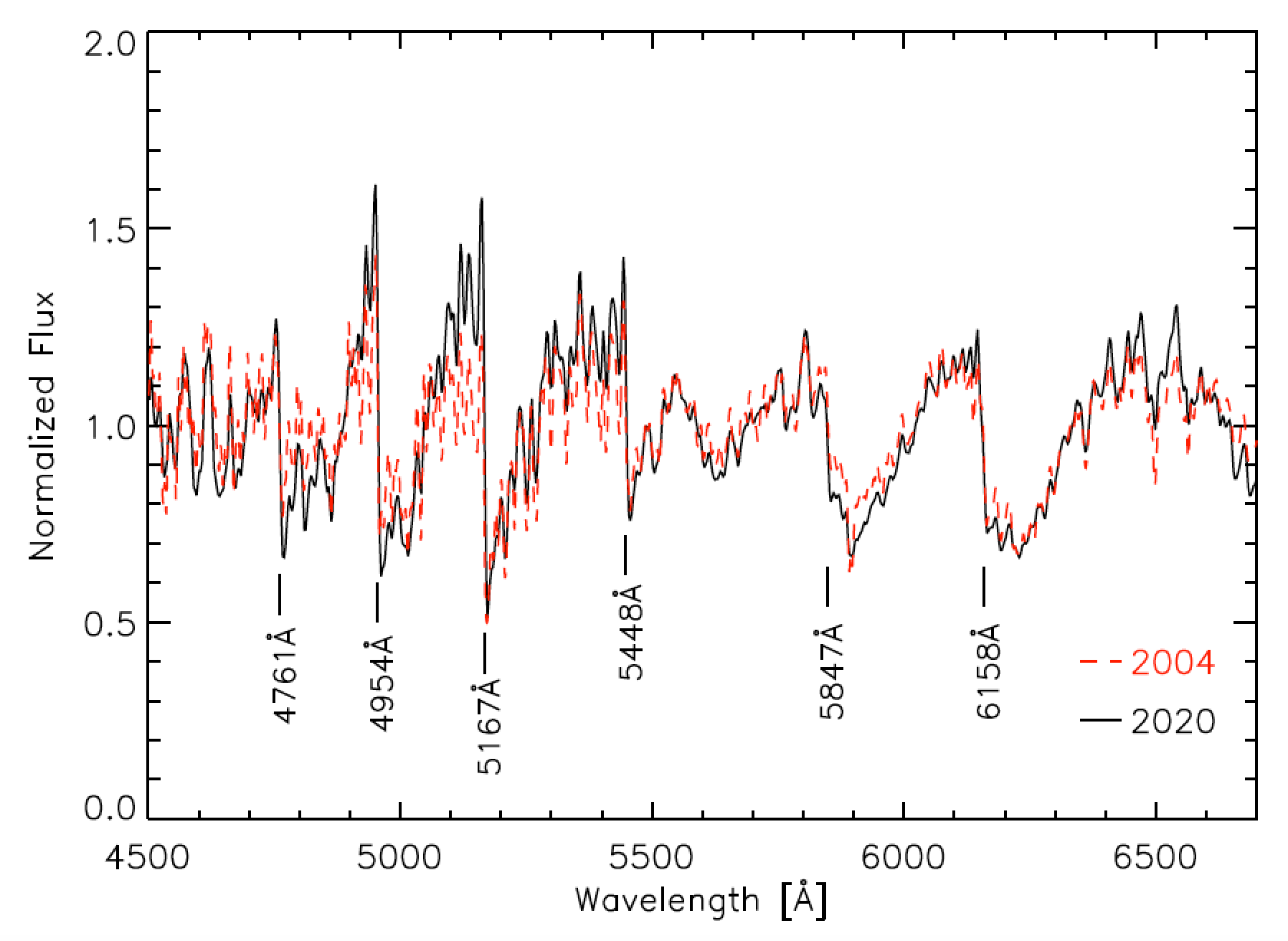 After closely comparing the size of each molecular bite in our new spectrum of Betelgeuse to our old spectrum, other stars, and the predictions of physics, we were able to measure the star’s current temperature. To our surprise, we discovered that it had barely changed since 2004! This told us that Betelgeuse was NOT suddenly much dimmer because it had gotten colder: there had to be another explanation.

Our best guess right now is that Betelgeuse is dimmer these days because of dust: we think the star recently puffed off some material from its outermost layers that cooled and condensed in the surrounding empty space and is now blocking our view, making the star look dimmer than it really is. Red supergiants do this sort of thing all the time, and other astronomers have already seen signs of lots of dust around Betelgeuse, so our explanation fit excellently with available data!

Phil and I have worked together for years; in The Last Stargazers I write about my very first visit to a professional telescope, during a trip to Kitt Peak National Observatory with Phil in 2004 to gather data for the same project where we first observed Betelgeuse! This meant we were able to analyze our new spectrum, write up what we’d found in a research paper, submit it to The Astrophysical Journal Letters for peer review, and get it reviewed and approved for publication in less than two weeks! Really, the most crucial part of the research paper writing process was thinking of an appropriate pun for our title. We’ve never been able to resist using goofy “cool star” jokes in the titles of our papers on red supergiants, and ultimately settled on a Very Serious Professional Scientist title of “Betelgeuse Just Isn’t That Cool”.

Our paper is the first but by no means the last published result on what Betelgeuse has been up to over the past few months. We’re already talking with other colleagues about ways to keep studying Betelgeuse and test our proposed dust explanation. Still, I find it pretty cool (no pun intended, this time) that one little squiggly line wound up solving a HUGE mystery about what this star has been doing! A spectrum may not look as dazzling as a multi-colored photograph of a distant galaxy, but the science it can reveal is, to me and many other astronomers, pretty gorgeous.

In a couple weeks I’ll be heading to Austin, TX to talk about The Last Stargazers at South by Southwest! My session will be at 12:30PM on March 20th, sharing the science and adventures of professional astronomers and talking about the transformative developments facing astronomy in a world of commercial space flight, machine learning, automation, and our planet’s changing climate. Check out the SXSW website to get registration details and see the full conference schedule!