“There are few natural philosophers as frustrated as astronomers in a fog.” – Philip Pullman, The Subtle Knife 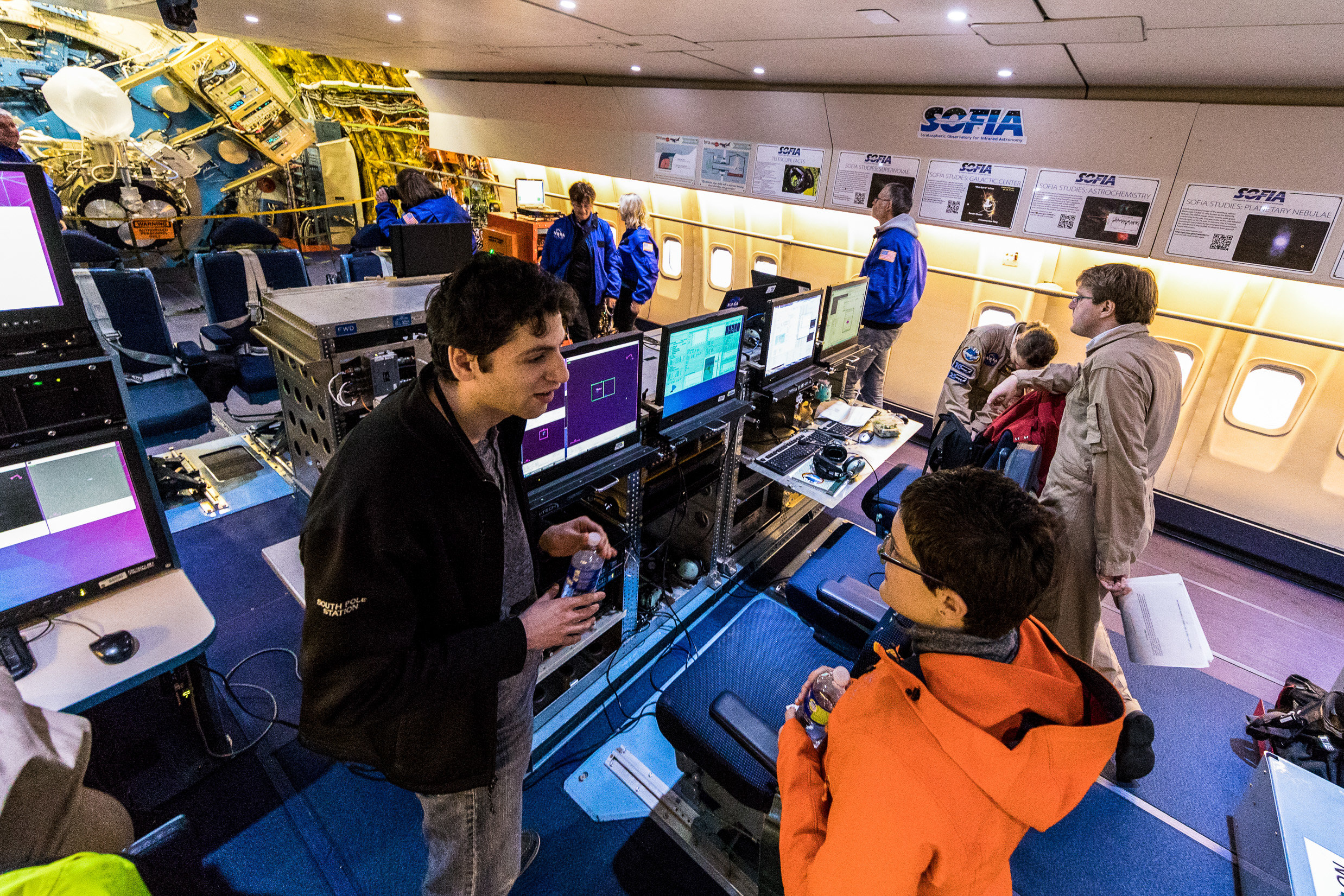 Last week I had an incredible visit to the Stratospheric Observatory for Infrared Astronomy (SOFIA), a 8 -foot telescope built in the back of a specialized Boeing 747. I was able to tour the NASA Armstrong Flight Research Center in Palmdale, CA, participate in emergency training for the aircraft and the daily mission briefs, and speak to the pilots, crew, and scientists about what it’s like to operate an airborne telescope.

Unfortunately, the one thing I didn’t get to do was fly! Our first flight was canceled due to a “significant meteorological event” causing turbulence of the sort that can damage aircrafts and injure passengers (yikes). The following night we boarded and prepared for take-off but faced near-freezing temperatures (SOFIA’s wings can’t be de-iced like a regular plane since it risks getting antifreeze on the telescope). We were ultimately grounded due to a mechanical problem; ironically, it was with one of the on-board air conditioners (to read more about why a telescope riding in an open-doored 747 at 41,000 feet needs an air conditioner, check out the #EmilyFliesSOFIA tweets from my trip). These cancellations may not seem surprising when you consider that SOFIA is combining all the challenges of a large telescope AND a large aircraft, but it was actually incredibly rare – in the last five years they’ve only canceled a handful of Palmdale flights!

Everyone was disappointed that we didn’t get to fly, but it was still invaluable to prepare for and board the flight and learn so much about how the observatory is run. I also may still have a chance to fly on SOFIA in the near future, so stay tuned! 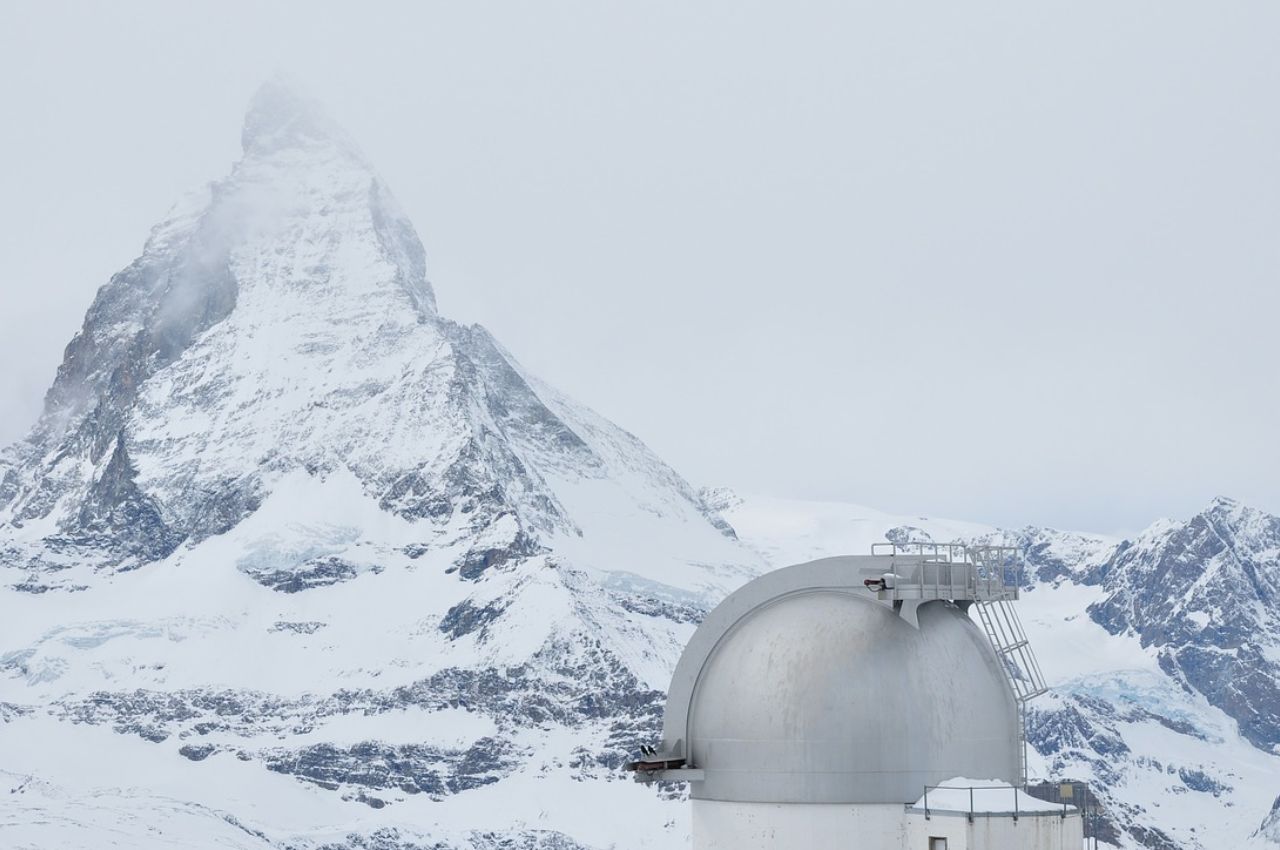 The weather cancellation may have been a rarity for SOFIA, but it’s an all-too-familiar experience for many astronomers. Our research (and sanity) is often closely tied to the nightly weather forecast at an observatory.

Access to telescopes is scarce and competitive, and astronomers have to submit observing proposals months in advance if we want to use them. Those of us who succeed are assigned a specific night for our observations. If our night is lost due to weather, then we’re out of luck. There’s no chance to just “try again tomorrow” – telescope time is strictly scheduled months in advance and another astronomer will be arriving to do their own research. Our only option is to head home, submit a new proposal, and hope we have better luck next time.

This precariousness has spawned some spectacular weather superstitions among an otherwise pretty rational group of scientists. One of my colleagues swears by “banana hour”; if he eats a banana at precisely 3pm on the day of his run, he has clear weather. Another has lucky astronomy-themed socks that she wears for her runs. I’ve talked to observers in Chile with elaborate theories tying sightings of Andean condors soaring around the summit to imminent bad weather. Some observers have famously terrible weather luck, to the point that other astronomers on the mountain will groan when they see them arrive at the summit in the knowledge that they’re likely bringing a bad night with them.

Bad weather can also mean more than just a cloudy night. Most telescope domes won’t open if there’s a high chance of rain or snow since water risks damaging the mirrors. High winds can keep telescopes closed for the same reason. A surprising number of natural disasters can also collide with astronomers’ plans. Because of their locations, observatories are prone to earthquakes, wildfires, and even volcanoes: astronomer Doug Geisler was the sole person on site at Manastash Ridge Observatory in central Washington when Mount St. Helens erupted and rained ash onto the mountain (and postponed his PhD thesis observations).

I still have a few trips coming up for The Last Stargazers, visiting observatories from eastern Washington to Chile to France. Those trips run right up to the deadline for the book, so in preparation I’ve kicked my research, organization, and writing into high gear! As I go through the 100+ interviews I’ve amassed and fold everything into slowly-coalescing chapters I’m continually amazed by the immense variety of adventures that astronomers get to experience. I’m so excited to share this world with all of you!

In the meantime, you can follow me on my Goodreads and Amazon author pages.